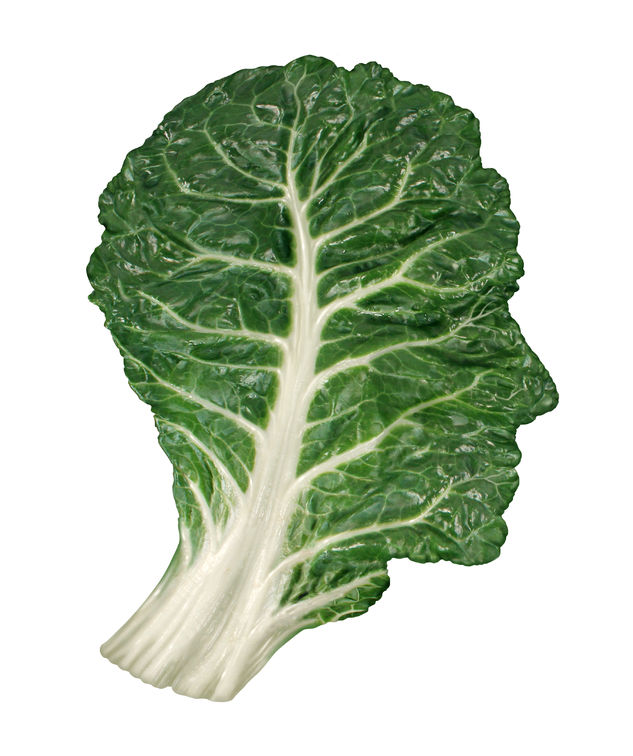 Alzheimer’s disease affects about 5.3 million Americans. It’s the leading cause of dementia and the 6th leading cause of death in the U.S.  And it’s growing at an alarming rate.  Already 13% of people over 65 have been diagnosed with the disease.  An astounding 43% of those over the age of 85 are victims.[i]

Alzheimer’s has been called the defining disease of the boomer generation.  Its victims are expected to triple by the year 2050.

In addition, it’s estimated that 10,000,000 others suffer with severe dementia and Parkinson’s disease.

But even if you escape these debilitating and life-threatening diseases, you may be among millions more who suffer from mild cognitive impairment (MCI or what is frequently called “age-related cognitive dysfunction”) and normal “age–associated memory impairment.” These conditions are what many of us have experienced as “senior moments.”  The symptoms include memory loss, as well as a decline in the ability to think and reason.

Some of these problems are a result of the natural aging of our brains.  But others arise from poor nutrition and exposure to environmental toxins.

Drugs have shown little promise and serious side effects.  But here are seven proven methods to keep your brain young and sharp.

Bacopa monnieri (L.) is a traditional herb used for centuries in Ayurvedic medicine.  It is prescribed as a memory and learning enhancer, a sedative, and anti-epileptic.  In Australia, it is a popular memory aid for people over 60 years old.

Bacopa grows in the wet tropics and is also commonly known by its English name, water hyssop.

In a rigorous study published in the Journal of Complementary and Alternative Medicine, researchers found that Bacopa has positive effects on several measures of cognitive performance.  In a randomized, double-blind, placebo-controlled clinical trial, they gave participants either 300 mg of Bacopa daily or a placebo pill.  The subjects were 54 volunteers, 65 or older, without clinical signs of dementia. [ii]

After 12 weeks, those taking Bacopa improved their delayed recall memory, their reaction times and their ability to ignore irrelevant information.  Placebo recipients saw no change.

Bacopa’s memory-enhancing effects have been attributed in part to saponins.   Other ways Bacopa may work include its antioxidant effects, protein synthesis in the brain, and modulation of brain stress hormones.

For years gingko biloba has been linked to memory improvement.  It acts as a free radical scavenger, protecting neurons from oxidation.  It also improves microcirculation in the brain and reduces platelet aggregation.

In 2005 researchers put gingko biloba up against Pfizer’s $4 billion a year prescription drug donepezil (trade name Aricept) in a 24-week randomized, double-blind study. [viii]  An extract of gingko biloba (160 mg per day) was found to be just as effective as the drug for mild-to-moderate Alzheimer’s disease.  The researchers concluded there were no relevant differences in the efficacy of gingko biloba and donepezil, and use of both substances can be justified.

In a more recent double-blind trial gingko biloba was found to be significantly better than placebo in improving cognitive function and behavioral symptoms in 400 patients with Alzheimer’s disease or vascular dementia.[ix]

As we get older, a diet high in some flavonoid-rich foods may help with better thinking skills.

Researchers examined the relation between 3 common foods that contain flavonoids (chocolate, wine, and tea) and cognitive performance. They followed 2,031 participants aged 70 to 74 years from the Hordaland Health Study in Norway.[x]

Those who ate all three foods had the best test scores and the lowest risks for poor test performance.

The good results were dose dependent.  The best performance maxed out at 10 grams per day of chocolate and 75-100 ml per day of wine.  The effect was most pronounced for wine and modestly weaker for chocolate.

Other research shows that resveratrol, found in wine and chocolate, has the ability to neutralize the toxic effects of proteins linked to Alzheimer’s disease.

In a study published in the Journal of Biological Chemistry researchers showed that resveratrol selectively targets and neutralizes clumps of peptides or proteins that are bad and have been linked to Alzheimer’s, but leaves alone those that are benign.[xi]

Resveratrol is a chemical compound in plants that acts as an antibiotic to fight off both bacteria and fungus.  Besides grapes and cacao, it is found in raspberries, mulberries, blueberries, and cranberries. It’s also in peanuts, pine trees and Japanese knotweed, the source of most resveratrol supplements.

It’s clear that people eating a diet high in fruits and vegetables have fewer age-related diseases like Alzheimer’s. Eating more high-antioxidant foods such as berries, Concord grapes, and walnuts may enhance cognitive and motor function in older people.[xii]

Studies show supplementing with fruit or vegetable extracts high in antioxidants (e.g. blueberries, strawberries, walnuts, and Concord grape juice) helps decrease the vulnerability to oxidative stress that occurs in aging.  That can lead to improvements in behavior.

Fruits and vegetables can also enhance communication between neurons and decrease stress signals induced by oxidation and inflammation.

Overeating is a risk factor for many age-related diseases including cognitive impairment.

Experimental models of Alzheimer’s disease, Parkinson’s disease, Huntington’s disease and stroke show that dietary restriction (reduced calorie intake) can beef up the resistance of neurons in the brain to dysfunction and death.

How?  Dietary restriction stimulates the expression of ‘stress proteins’ and neurotrophic factors. Neurotrophic factors may protect neurons by increasing production of proteins that suppress oxidation and free radicals.

In addition, dietary restriction increases the number of newly-generated neural cells in the adult brain.  In other words, it may increase the brain’s capacity for plasticity and self-repair.

Researchers suggest that limiting calories may reduce both the incidence and severity of neurodegenerative disorders in humans.[xiii]

A University of Oregon study shows middle-aged or older people who get six to nine hours of sleep a night think better than those sleeping either fewer or more hours.[xiv]

Researchers used data involving more than 30,000 subjects in six countries. They found that individuals sleeping less than six hours and more than nine hours had significantly lower cognitive scores compared to those in the intermediate group.

The researchers used five standard cognitive tests involving immediate recall of a list of words, delayed recall of those words later, forward and backward recall of long lists of numbers, and a verbal fluency test in which they listed as many animals as possible without repetition, the use of proper nouns or descriptors.

One reason a good night’s sleep works is the brain’s trash removal system.  During sleep the brain works 10 times as hard to remove toxic proteins like the ones responsible for Alzheimer’s damage.[xv]  If you’re not asleep, the brain can’t get rid of plaques so easily.

The incidence of Alzheimer’s among adults in India is about 4.4 times less than that of Americans.[xvi]

Researchers in Singapore suggest the reason might be curry and the spice turmeric.  They looked at curry consumption and brain performance in 1,010 Asians between 60 and 93 years of age. Those who ate curry occasionally (less than once a month) and often (more than once a month) performed better than those who rarely or never ate curry.[xvii]

Over 30 studies in the GreenMedInfo data base deal with the promise of curcumin, the active compound in turmeric, in the treatment and prevention of Alzheimer’s disease.  According to one study, turmeric showed remarkable results in Alzheimer patients in just three months.

A 2006 UCLA study found curcumin may help clear the amyloid plaques found in Alzheimer’s disease. One way it works is by boosting the work of macrophages.  These cells in the immune system help the body fight foreign proteins.

Researchers took macrophages from the blood of Alzheimer’s patients and healthy controls. They treated some of the macrophages with curcumin.  The treated macrophages showed improved ingestion of the beta-amyloid proteins. The researchers concluded that curcumin may support the immune system to clear amyloid plaques.[xviii]

And in animal studies low doses of curcumin led to 40% less beta-amyloid than in those not given the spice.[xix]

Studies indicate low doses of turmeric over a long period of time are most effective.  That’s a good reason to add turmeric to your daily diet.  It’s great in curry sauces, scrambled eggs, deviled eggs, mustard sauces or salad dressings.

There are many other natural ways to keep your brain young including coconut oil, ginger, B-vitamins[xx], and saffron.

For much more information on healthy brain aging visit GreenMedInfo page on the aging brain.

About the author: Margie King is a graduate of the Institute for Integrative Nutrition®. A Wharton M.B.A. and corporate attorney for 20 years, she left the world of business to pursue her passion for all things nutritious. Margie is the author of Nourishing Menopause: The Whole Food Guide to Balancing Your Hormones Naturally. She is also a professional copywriter and natural health, beauty and nutrition writer. To contact Margie, visit www.NourishingMenopause.com.