By Becky Barnica for Spirit Science)   A biophoton or Ultra-weak Photon Emission, (UPE) is a kind of light particle that is emitted by all living things. Though it exists in the visible and ultraviolet spectrum, in order for us to see it, our eyes would have to be about 1,000 times more sensitive.

While we can’t see them with our eyes alone, technology has given us a glimpse and what it’s shown us may have a profound impact on us all.

Biophotons were first thought to be merely the byproduct of metabolic chemical reactions. That idea is being challenged with an exciting theory that claims biophotons have a much larger role to play when it comes to our physiology and quite possibly our consciousness as well.

Experiments are showing that biophotons (UPEs) can be captured and stored inside of cells and can even travel through our nervous system; suggesting that biophotons might provide a way for cells to transfer energy and communicate information. It’s has also been suggested that UPEs might even have properties which help us to visualize images.

This makes sense considering how we’re creating computers. All computers are is silicon crystal chips which we pass light through to relay 0′s and 1′s. (Light on, Light Off). The first computer was literally built with a lightbulb and these punch-cards which had holes in them, which is how we would program computers.

Today, our computers are far more advanced, and yet at the core, the electrical information we are passing through computers today is still a form of light. Now our sciences are revealing humans work the same way, and Light carries information through our brain, nervous system, and even our DNA. 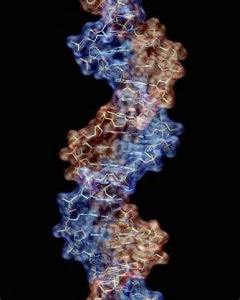 Yep! Scientists are finding that our DNA is a strong source of UPEs, it communicates with and is created from light itself! It’s been observed that DNA produces extremely high biophoton emissions and has excimer laser-like properties. Excimer lasers (or exciplex lasers) are special lasers consisting pseudo-molecules that only exist in a highly excited state and emit light in the ultraviolet range.

If that wasn’t cool enough already, scientists have also discovered that not only do we emit light, we have the ability to effect it with our thoughts alone. In a recent study, participants were placed in a darkened room and asked to visualize a bright light. When they did this, they were able to increase their levels of biophoton emissions significantly, showing that our intentions have an influence on light itself!

In conclusion, Light appears to be a fundamental part of our being. It’s hard-coded into our very bodies to function directly with, and through – light. On top of that, the fact that we can affect light with our intentions alone… outstanding! It would appear those new age hippies are right when they say we are all beings of light.

To read this article in its entirety, go to: http://thespiritscience.net/2014/04/18/biophotons-demonstrate-were-all-made-of-light/